Noob on a Budget - A Cinderella Story 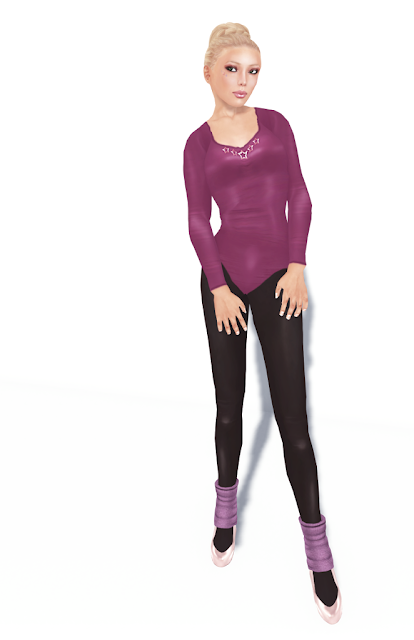 It struck me that it might be fun to challenge myself to go from Noob to something approaching fabulous on a budget. I decided $2,500 Lindens, or about $10 USD, was a realistic but challenging budget goal. I didn't make a new account, I used my alt, Callie. She has less inventory for me to add to (and fewer Lindens so I'm not tempted to cheat). If it helps any noobies that may be looking for tips, I'll be happy.

If she were really a noob, the next thing I'd advise would be to give Callie a nice first and last display name so she's not called "iduunowhatever69 Resident." Trust me, it's a cultural thing in Second Life. To learn how to change your display name, scroll down to Setting or Changing Your Display Name on this page of Second Life's Knowledge Base.

I've forgotten a lot about being a noob. Things are definitely better than I remember, but that silly duckwalk is still there. So the next step to shedding noob status is to get an Animation Overrider hud, commonly known as an AO. Body Language by Sweet Lovely Cute had some adorable AO's but they were beyond Callie's budget at $1400 to $1700 Lindens. Henimations was the next stop, but the AO's there were even pricier. She finally found a very basic AO priced at $190 at a place called Hijao, but ever hopeful, she passed on that and moved on to Vista Animations. Vista Animations actually had a basic older AO that I liked for $200 Lindens called Supasexy. Nothing fancy, but the transitions were smooth and Callie has no more duck walk. She bought it, added the hud and she was on the way to shedding her noob look.

We went to The Dressing Room Fusion. It's a bi-weekly sale event featuring some great designers. There are usually a couple of great female skins there for $70 Lindens. At this round there were four skins, but two of them didn't offer demos (what's with that?). That's no good for an avatar on a budget, so we focused on the two that did offer demos (they're free to demo). We also picked up a bra and panties there from Cynful, also $70 lindens so Callie could try on demos without baring absolutely all of herself. That's when I found out the default avatar's leotard and tights were part of the skin. OOPS! The bra and panties were not a strictly essential purchase. There are clothes in Library that will cover you, but not nearly as cute!

From there we went to Collabor88, a monthly sale event. Callie wanted to demo the Glam Affair skin, but unfortunately couldn't find the demos for it. They may have been there and not rezzed, I don't know. Glam Affair has always done demos before. It's a lovely skin for $288, but again, avatar on a budget! No demo for skin, hair, or mesh clothing, no buy. She did pick up a cute mesh tee from Tee*fy for $88 Lindens and the D!va Mimi hair for $188 Lindens. Normally I'd avoid a hair with a scarf in it for an avatar on a budget since it won't work with every look, but D!va hair has a script to make the accessories invisible so it's like having two hairs!

She headed back to The Dressing Room Fusion and bought the Essences Whisper skin for $70 Lindens. It's a lovely skin and quite a bargain.

One more thing before an update picture. Eyes. I hate the default avi eyes. So off to my favorite eye store, Mayfly. We lucked out there with a group gift set of mesh eyes! Callie messed around with her avatar's face until it suited her, then she posed for a picture. 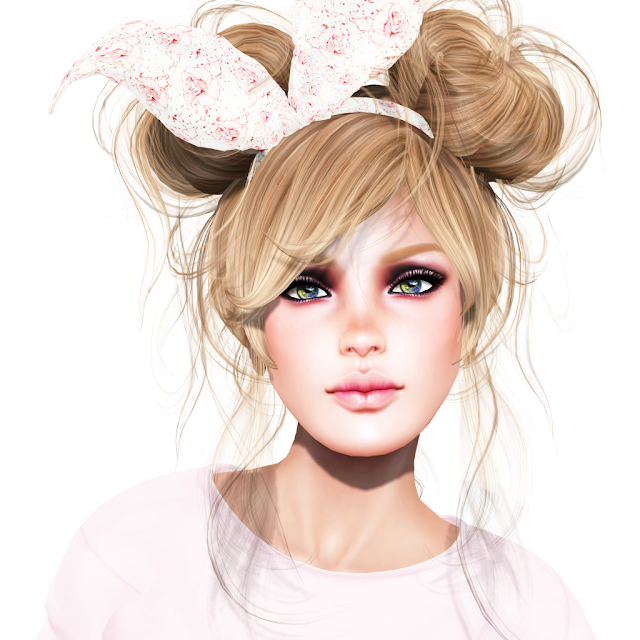 Quite a difference from the noob picture, although she's only got undies and default avatar shoes below the waist. So, how much has Callie spent so far? I think she's done rather well.


So it's time for a splurge. Callie needs two items for the basis of a casual look - jeans and shoes. Because coldLogic is a great women's mesh clothing store with reasonable prices, we headed there and picked up a pair of skinny jeans for $300 Lindens. For shoes I decided an investment was called for. Callie got the SLink medium enhancement feet for $675 Lindens, then back to Collabor88 to pick up Ingenue's slingback pumps that fit them for $188. The skin applier from Essences match the feet flawlessly to the legs for $150.

I finally allowed Callie to finish the body shape changes. Using the standard sizing guidelines, she adjusted the sliders that make standard sizing work to the medium size. Then she went back and played with the other sliders until she was happy with her look. 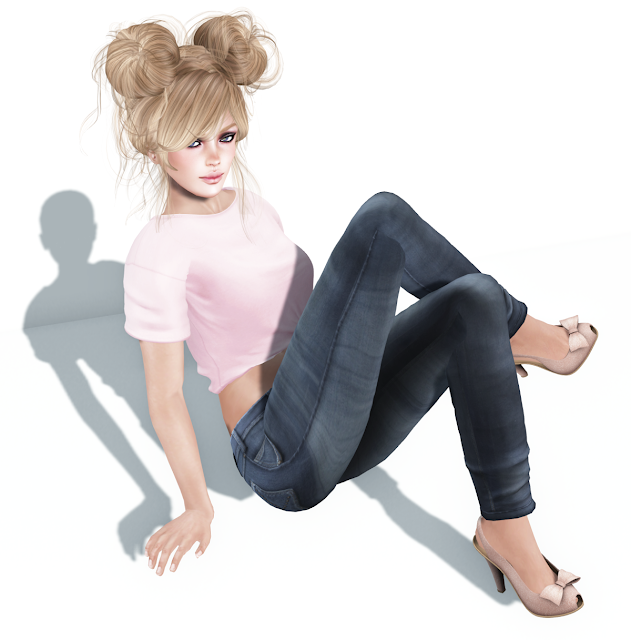 Here's where we are now:

Hmm. Barely enough for the SLink hands at $400 Lindens and the hand appliers at $150 Lindens, or enough for some nice accessories, or maybe a dress for a change, but not all of them. What to choose?

Although this is my challenge to figure out what it takes to take an avatar from noob to fabulous, I appreciate any comments or suggestions as to your way to do it. Also, if a new Second Life person actually does come across this post and has questions, feel free to contact me, Dolly Baroque, in world or in comments below.