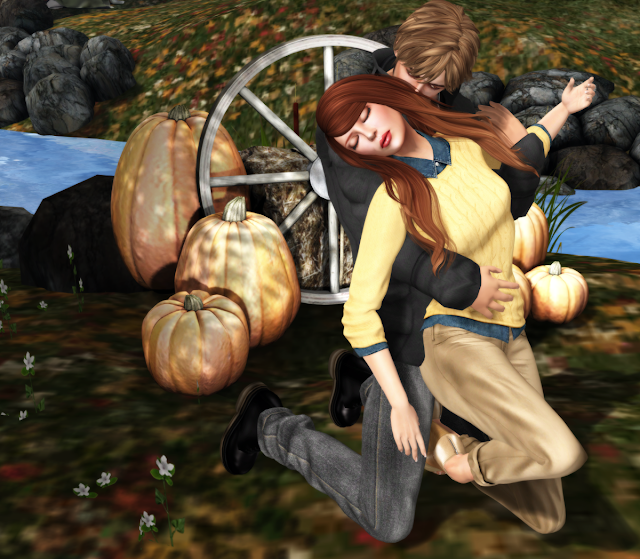 Berry's blog meme for the week is about Autumn, my favorite season in Second Life and in my real life. You thought that was Clay making me swoon in the picture? Well - maybe, but at least a little of the swooning is because it's time for Fall.

Meme Instructions: Take an autumn inspired picture and/or answer the following questions about autumn. Don’t forget to leave your answers in the comments of Berry's post and if you take an autumn picture, please add it to the Blog Memes flickr group.