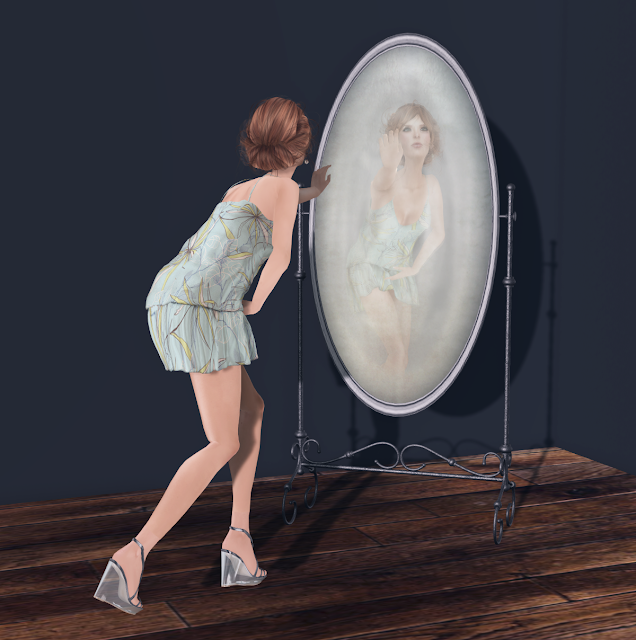 The hardest thing about Strawberry Singh's meme/challenge this week is admitting to myself what I fear. The second hardest thing is putting it into words and pictures, and the third hardest thing is to make it public. My deepest fear is that I may someday look into a mirror and have no idea who is looking back.

My gentle beautiful mother died of Alzheimer's disease, as did all three sisters and three brothers. One sister was in her early fifties when she was diagnosed. My mother was in her early sixties. It's a horrible disease of forgetting in the earlier stages - not a gentle befuddlement, but a forgetting filled with psychotic fears. Imagine waking up in your own bed day after day and having no idea where you are, who the people around you may be, what you are supposed to do, how you are supposed to communicate. It broke my heart to see my mother's descent into a living nightmare. Toward the end she cried out my name constantly without knowing what the name meant to her, or who I was when I tried to comfort her.

There is genetic testing for Alzheimer's, and I have discussed it with my doctor. But he is reluctant to recommend that I have the testing for mere peace of mind. He knows that for some people there are things worse than death. So I live my life, locking away my fear as we all must do, rarely examining it.

I tend to keep things light in this blog, and I wish I could tell a funny story about forgetting, but I can't minimize this fear yet. Later I'll take a deep breath and lock it back away.  Maybe I should have claimed to have a fear of spiders.