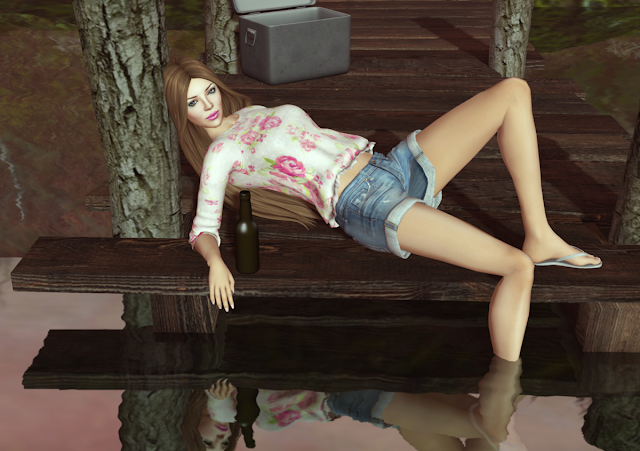 Oh that Strawberry Singh is a nosy parker with her Monday memes!  I love that phrase, nosy parker.  It's so old fashioned, something my grandmother would say.  What she'd say if she ever discovered Second Life, I can't imagine.  It's so easy to be a nosy parker just by following these memes.  On to the agonizing Q and A (agonizing to write mine, quite fun to read everyone elses)!

This meme came up just as April Collabor88 started.  My early faves are clearly the Tee*fy sweater and the PXL Creations skin.