The Huntress by Olive Juice 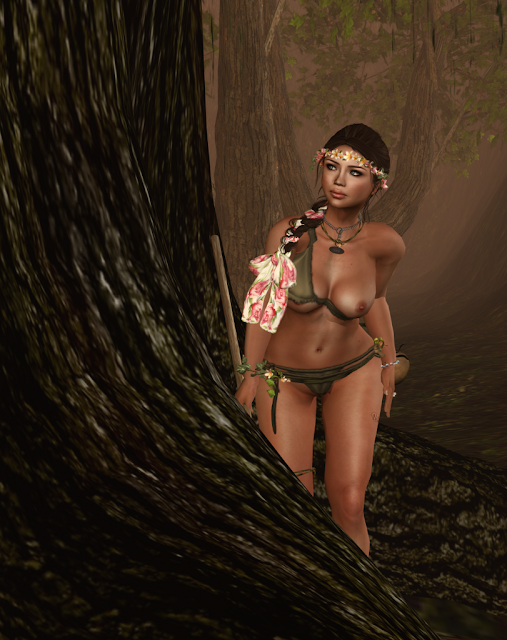 Legend has it that there be badgers on the island.  For many years, hundreds even, there have been tales of the evil little critters running havoc and doing all sorts of disgusting things.  Armies of them infested an old castle, which now lies in ruins, not far from my cottage.  It seems they had a great dislike for royalty.  Old wives still sit in the tavern over the hill sharing horror stories.  I heard tell of a young prince who went by the name of Obe. He took it upon himself one day to hunt down the treacherous fiends.  The poor unfortunate chap spent three years in an asylum after his encounter with them almost deprived him of his manhood... don't ask.  My own hunt today was unsuccessful but I did find some very worrying tracks. I'm no expert. It could just be Meeroo, couldn't it? 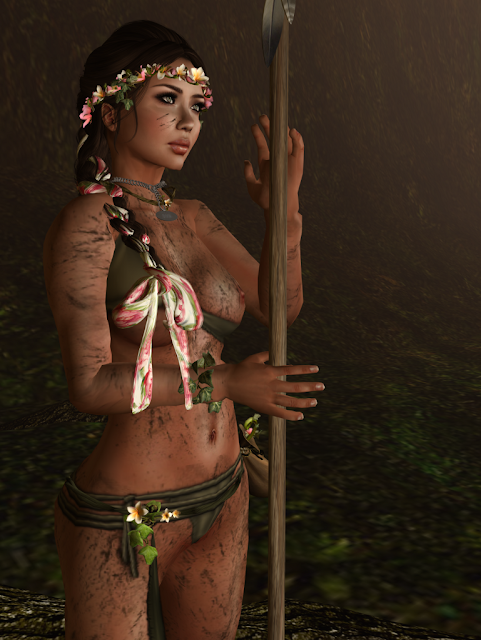 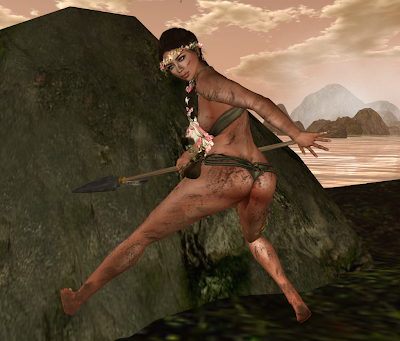 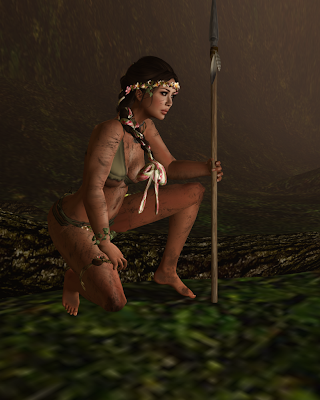 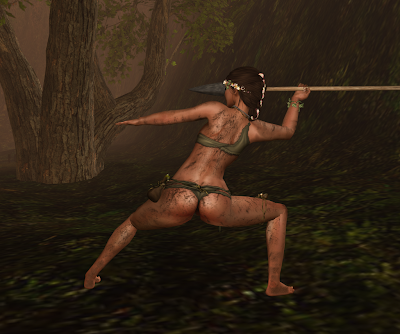 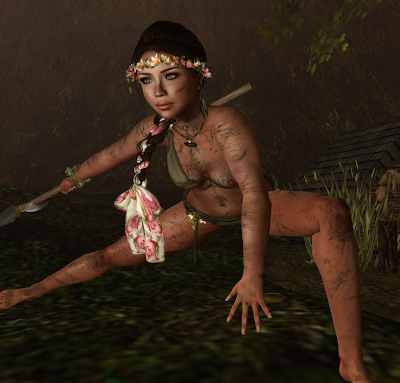 On to serious business now.  Olive Juice are taking part in a brand new festival and I had SO much fun today with these 'Huntress' poses Bella made especially for the event.  The first EPOCH event, called “EPOCH-Legend” will be open on the 26th of February (my birthday!). They've got more than 50 shops, 3 themes and 4 venues to present you the best 2 weeks fair full of fun. You can preview items as they are sent into the shopping guide website.  The 3 themes are Art of Escher, Beast and Clowning. Olive Juice is participating in the Beast portion of the event.  Tomorrow I bring you the other set of poses called 'Predator'.