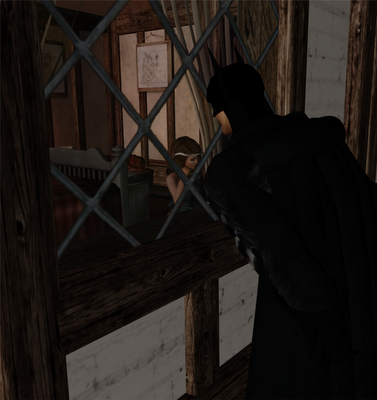 Batman follows his suspicions about the culprit of Dolly's burglary to Ayla's home.
He looks in her bedroom window, not because he's a perv but because he's pursuing justice. 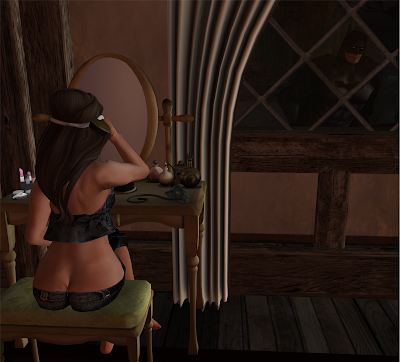 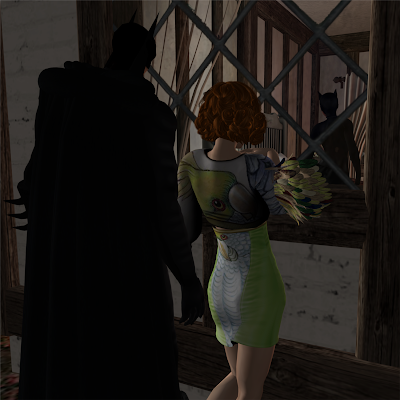 Dolly wanders over the hill dressed neck to toe in her new outfit from Ladies Who Lunch that she picked up at the Mix+Mesh event.  She peeks in Ayla's window to see what has captured Batman's interest.

Her evident shock as she sees her friend don the costume of the arch villainness, Catwoman, makes her practically topple over.  Thank goodness the caped crusader was there to catch her....(to be continued eventually) 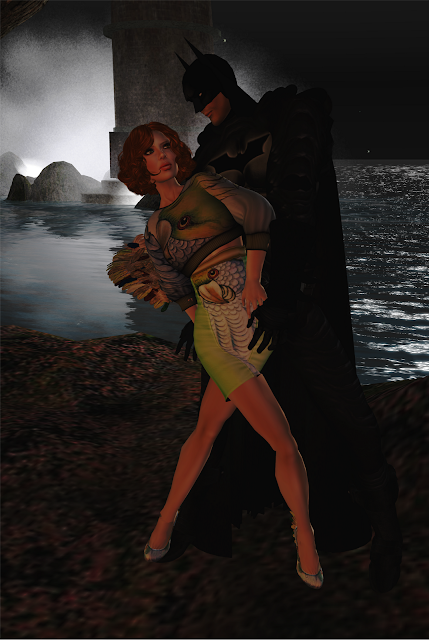 This lighthearted and silly blog is a continuation of this, this, and this.